“The Ghostly Phantom of the Barnett Shoals Dam,” Beyond Reality (New York) #45, Sep./Oct. 1980, p. 46. “It is said that in 1910, when the dam was constructed, a scaffold broke, pitching a workman into the still-pouring cement, and they couldn’t get him out. Old timers say the worker’s family was brought out and given $300, then the crews resumed pouring concrete.” 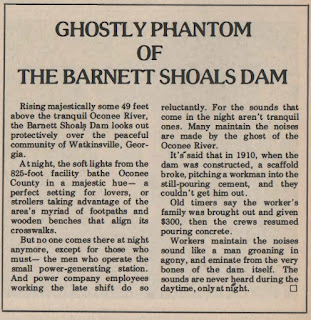 
Apparently there is conflicting evidence in the scholarly literature on the effects of lime or quicklime on the decomposition of clandestinely buried bodies. A search through PubMed reveals a few papers on the subject in forensic science journals. “Contradictions and misconceptions regarding the effect of lime on the decay of human remains have demonstrated the need for more research into the effect of different types of lime on cadaver decomposition.” 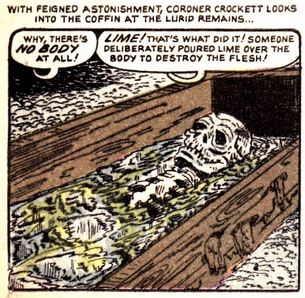 
https://www.washingtonpost.com/politics/2019/12/13/trump-told-same-story-about-jewish-friend-four-times-three-months-each-time-name-friend-changed/
Washington Post
13 December 2019
Trump has described the same conversation about Israel four times. Each time, the name of his Jewish friend changed.