The streets of our country are in turmoil. The universities are full of students rebelling and rioting. Communists are seeking to destroy our country. Russia is threatening us with her might and the republic is in danger.


This fake Adolf Hitler quote, or variations of it, appeared often in American underground and anti-war newspapers from 1969 to 1971, an era of civil unrest when many conservative politicians ran on law-and-order platforms. Paul F. Boller, Jr. and John George, in They Never Said It (Oxford University Press, 1989), state that the quote “originally appeared in an obscure Communist periodical,” but they neglect to name the source. 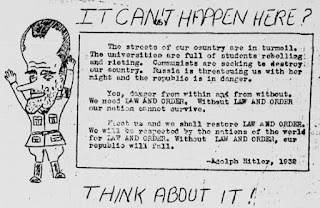 In the poster below, a photo of Nixon is altered to make him appear like Hitler. 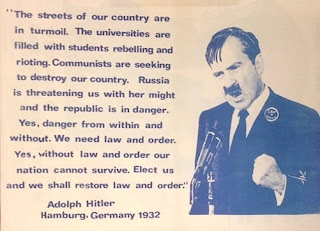 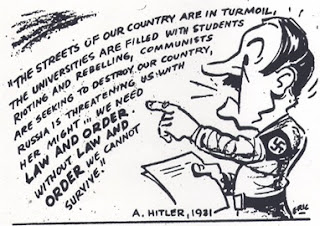 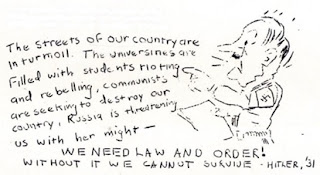 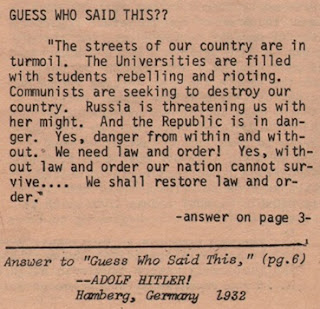 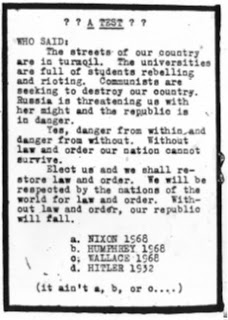 All the periodicals above can be accessed at Independent Voices.