How to Housebreak Your Dog (Copylore)

[…] As far as scholars have been able to determine, this simple mildly off-color comic strip first appeared in the Dutch Treat Club Yearbook for 1961. […] For whatever reasons "How To Housebreak Your Dog" has screamed “reproduce me” again and again to America for nearly six decades and willing entrepreneurs have readily responded to this call of nature. […] 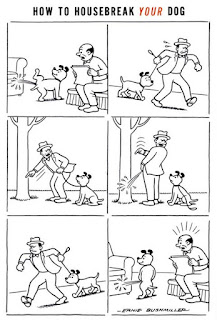 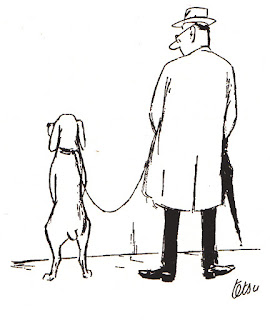 Posted by Brian Chapman at 10:57 AM
Labels: Cartoons & Comics, Copylore